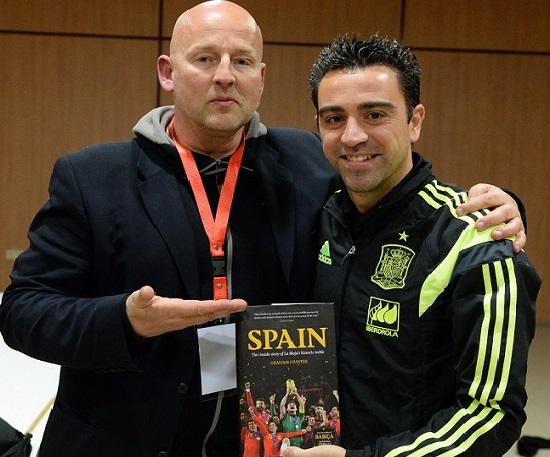 After the publication of Barca: The Making of the Greatest Team in the World (2012), Neil and Martin at BackPage asked if I had another story I wanted to tell. The thought of taking on another project was daunting to say the least, but my access to the Spain team over the last decade made them the obvious subject matter.

Over three consecutive tournaments, I was offered incredible access to the squad. That Spain won all three – at the 2008 and 2012 European Championships, plus the South Africa World Cup –  made the insight and access I gained all the more privileged (I even ended up in the triumphant World Cup winning dressing room in Soccer City!). I simply had to tell this story (particularly as BackPage had taken my family hostage and locked me in a room with just a laptop).

You know when a book makes grandiose claims to gives you behind-the-scenes access to a tantalising subject? This does. It takes you into the dressing room, on to the training ground; on the team bus; into the canteen; inside the hotels and on to the pitch. You’ll hear the team talks that inspired Spain to victory plus the inside stories from Fernando Torres, Xavi, Iker Casillas, David Villa, Cesc Fàbregas, Andrés Iniesta, Gerard Piqué and more.

If you’ve read Barca and not this, I urge you to take the plunge. The pictures of Xavi, Sergio Ramos, Iniesta and Vicente Del Bosque are with the hardback version. The paperback is out now – and is half the price (£9.99). It’ll whet your appetite for this summer’s Euros and, together with my first book, give you an overall picture of an unprecedented era in Spanish football.

p.s. Click here for exclusive video diaries we shot to accompany the book 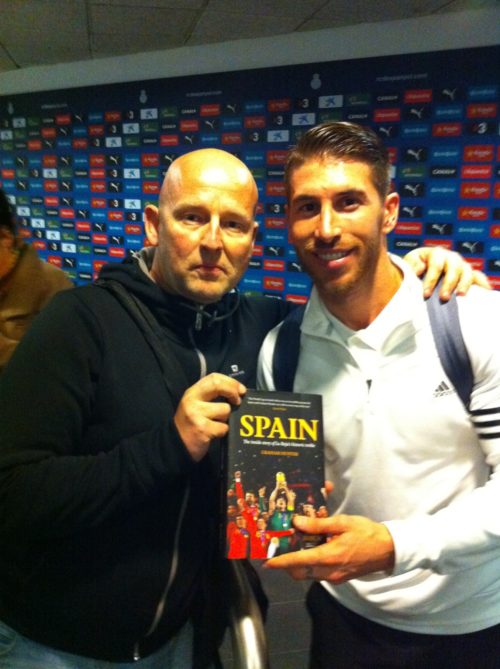 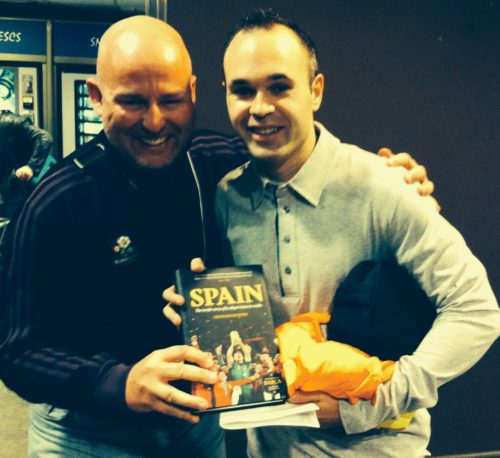 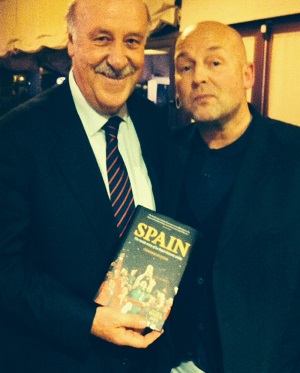 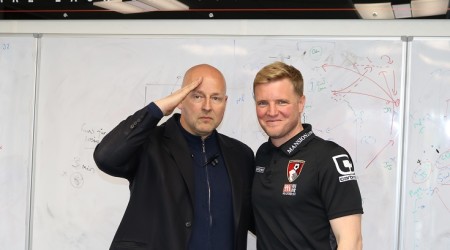 Read Next Eddie Howe: The Best You Can Be 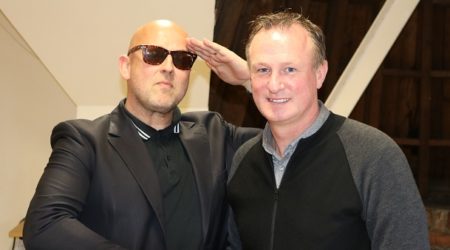 Read Next Michael O'Neill: The Player Whisperer
About the book Spain